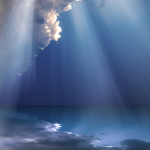 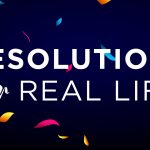 Hello, my name is Karen Leaman. I’ve been married to Ken Leaman for 26 years, and we have a 25-year-old son named Zack. The Lord introduced me to my husband in the weirdest way; a drinking and dancing establishment called “The Pink Panther”.  My best friend and I went with a young adult group called Jaycees. I had never been dancing before, outside of my home basement, and my choice of drink would have been water, milk or root beer. We were walking to the bathroom and 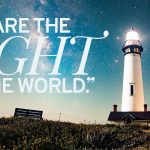 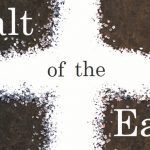 Jesus used the concepts of salt and light a number of different times to refer to the role of His followers in the world. Salt has been critical in life and civilizations, but why is this mineral so much more critical to life then other minerals found around the world? It is estimated that there are more then 14,000 different uses for salt! There are cooking, cleaning, health and many other benefits to using salt. All the uses I could find online are positive and beneficial. So let’s look into why Jesus said we are to be like salt. 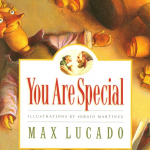 As we approach Christmas, I think of an important thing we can teach our children. It is important to constantly remind them that they are special, and are uniquely and wonderfully made by God. We tell our son that we love him just about every day, and most days more than once. This has been something we started when he was a baby, and continues to this day now that he is 25 years old. We feel this is one of the most important things we can do as a parent; to constantly remind them that we love them no matter what they do, say, or fail at. Around this time of year 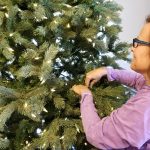 The winter season has always ignited a special feeling of anticipation inside me. I do not remember a time without that excitement! Ironically, it has never been about the gifts on Christmas day for me, but the gift of Jesus Christ’s birth for everyone! 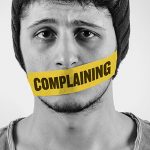 We have all seen it. We are at the mall and we see a kid complaining to his parent about not being able to buy something. The kid complains, pouts, and sometimes has a temper tantrum. I know when I was a kid, I complained many times when I didn’t get something I wanted, or didn’t get my way. I even had a few temper tantrums. Complaining is not just problem with children, but also adults can fall into that mindset. 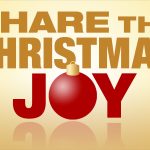 Around this time of year, as we enter the Christmas season, we see and hear the word ‘Joy’ more often than normal. We see it in Christmas decorations, and we hear songs like ‘Joy to the world.’ It is so common that we don’t think much about joy’s true meaning, and how we can obtain it. Let’s do some research, so we won’t miss out on Joy this Christmas. 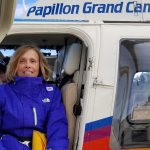 Before our trip to the Grand Canyon for our anniversary, Ken and I had booked a morning helicopter ride. When we arrived, signed in and sat through a video of safety flying procedures, our group was ready to board the helicopter. After waiting a small amount of time, we were called to stand in line and a # 1 card was handed to me. What was this for? To be truthful, I was more concerned with meeting the other passengers. Then they walked us outside to the runway to board the helicopter. After everyone boarded, only one seat remained, up front right next to the pilot. To my surprise

Celebrating our 26th wedding anniversary in the Grand Canyon brought some old memories to mind. In 2003, Ken and I went along on a youth mission trip to New Mexico and ended up driving to the Grand Canyon one day. Upon arriving, we decided to walk down some of the Bright Angel Trail.  During our little hike, a bunch of rocks were in the way of our youth, who removed the pieces by throwing them over the edge. Ken quickly picked up the remaining rocks out of their hands. It was at that exact moment that a Park Ranger appeared around the bend! She shouted, “Rocks are not supposed to be thrown off the edge! They could hit someone in the head, because hikers are coming up from below.”  Ken immediately dropped the rocks!  She asked our group to move out of the way as her entire ensemble on mules, continued walking out of the Canyon using the trail. Her complete devotion to her job impressed us and silenced our entire group. Without saying anything to each other, at that moment, Ken and I decided to come back one day and ride the mules to the bottom of the Canyon. We finally got an opportunity to go again this year.