Our world is hostile to Christianity and to the Gospel.  You don’t have to look far for example after example of this world attacking everything we as believers hold dear.  As a result, the world is a dangerous place for our Christian raised children, as they leave home, enter college, the military, or the workforce.  It is not a matter of if their spiritual beliefs will be challenged and ridiculed, but when and where it will happen.  We know that it will happen not just once, but many, many times.

As Christian parents, it is our duty to prepare our children for that ultimate day when they leave our home and go out into the world.  They had better be prepared for the fight that is about to ensue, or they will fail.  Our children need to be aware of what is about to happen, and to be training for the fight.  When a fighter knows they is an upcoming fight, he prepares for it by spending a lot of time training.  When a fighter doesn’t know there is an upcoming fight, he doesn’t train, and can become a couch potato.

If our children do not train for the fight, they will more than likely get knocked out.  Their beliefs will be challenged, questioned and made fun of.  Others will have convincing arguments for why God doesn’t exist, why Jesus isn’t the only way to heaven, and why their parents brainwashed them.  Once they are knocked out, it is too late to take a break and decide more training is necessary.  That fight is over. 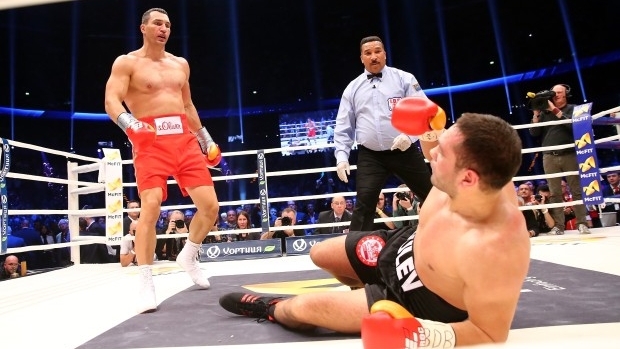 The below was taken from Wikipedia concerning Christian Apologetics.  It has links to many good apologetics in whom you can get some great resources from.  Some of my favorites are Ravi Zacharias, Lee Stobel, Hugh Ross and William Lane Craig.

Christian apologetics (Greek: ἀπολογία, “verbal defence, speech in defence”)[1] is a branch of Christian theology that aims to present historical, reasoned, and evidential bases for Christianity, defending it against objections.[2]

Christian apologetics have taken many forms over the centuries, starting with Paul the Apostle in the early church and Patristic writers such as Origen, Augustine of Hippo, Justin Martyr and Tertullian, then continuing with writers such as Thomas Aquinas and Anselm of Canterbury during Scholasticism. Blaise Pascal was an active Christian apologist before the Age of Enlightenment, and in the modern period, Christianity was defended through the efforts of many authors such as G. K. Chesterton and C. S. Lewis. In contemporary times Christianity is defended through the work of figures such as Richard Swinburne, J. P. Moreland, Ravi Zacharias, Rabi Maharaj, Robert Hutchinson, John Lennox, Doug Wilson, Lee Strobel, Francis Collins, Henry M. Morris, Alister McGrath, Alvin Plantinga, Hugh Ross, Frank Turek, James White and William Lane Craig.

So train up your child in the way they should go, as Proverbs 22:6 says, and prepare them for the upcoming fights.  They can be victorious with Christ on their side!