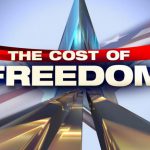 In 1776 on July 2nd, the Continental Congress of the 13 colonies voted in favor of independence from Great Britain.  There was almost a unanimous vote. Two days later, the Declaration of Independence was adopted by its delegates.  This historic document reminds us of why we celebrate July 4th today.  This patriotic day became more […]