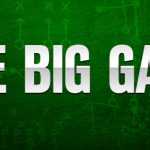 After the first Super Bowl in 1967, it became very important to Americans. This football game originated from the National Football League to determine the best team for that year. They pull their teams from two different conferences, the American Football Conference and the National Football Conference. Each conference consists of 16 teams from the North, South, East and West areas of the United States. These teams then play others from their division. After an entire season of football games, the best team from the AFC, and the best team from the NFC challenge each other to be the Super Bowl Champs. Not everyone’s team goes to the Super Bowl, but